The table below shows the top offensive winning percentages (OWP) for each 5-year age period. The plate appearance (PA) minimum was 2000. The "1 minus 2" column shows how far ahead of the next highest player the leader was. For example, Ted Williams, from ages 20-24, was .001 higher than Ty Cobb. 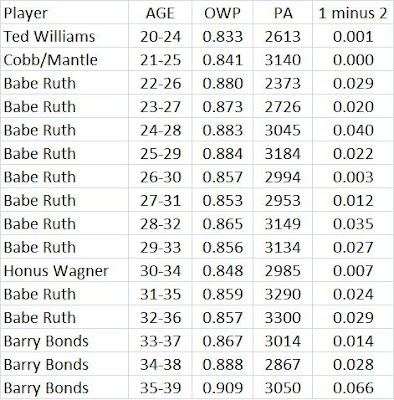 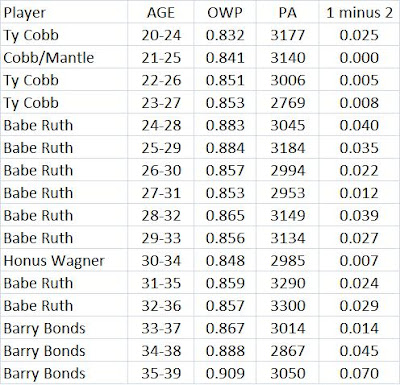 Interesting that Bonds has the 2 highest 5-year periods but they are at very old ages, 34-38 & 35-39 (and he has the biggest edge over number 2). But one thing that makes his OWP's so high is that his OBPs were so high because he got walked so much. So those OWP's might not mean what they normally mean. So I also looked at the best 5-year hitting performances in slugging percentage (SLG) relative to the league average (RATE). Cobb's 160 from ages 20-24 means that his SLG was 60% higher than the league average. (.527/.328 = 1.60). )Here are the leaders. 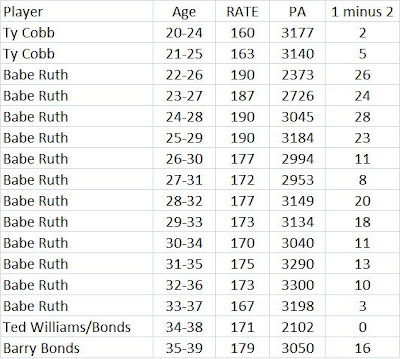 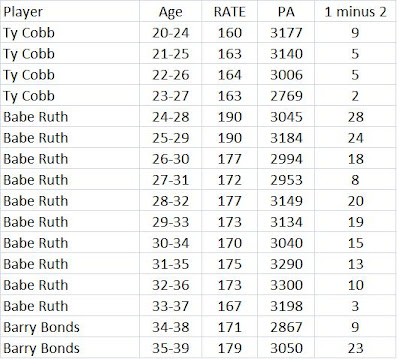 The table below shows the top 30 seasons in relative SLG for players with 2750+ PAs. As you can see, except for Bonds and McGwire, high slugging is a young man's game. 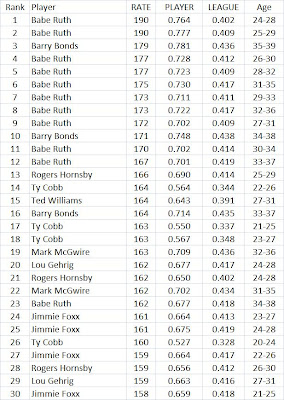